This tutorial is for two types of people:

If you’re either of those two people then you should probably keep reading, if not then… maybe you should check out some more advanced Ionic CLI magic.

The one command you need to know

This one is for the people completely new to using a command line interface. There’s a bunch of useful commands you can use in either the command prompt in Windows or the Terminal in Macs, but there’s one universal command that you’ll need to know:

It means “change directory” and it changes your current working directory – it’s how you navigate to different locations on your computer through the interface. You can use:

to change your working directory to MyFolder and you can use:

to navigate one level up from where you are currently. Even if you have complete command-line-phobia, you can use Ionic just fine by knowing this command and about two other Ionic commands.

This will give us access to npm (Node Package Manager) which allows us to easily install a bunch of useful stuff through the command line.

This will install Ionic for you (and Cordova which you will almost certainly want to use as well, it's how you build native versions of your HTML5 apps).

To generate a new Ionic project, first change your working directory to wherever you want the project to be created and then simply run:

This will generate a new Ionic project with all the files you need to start creating your Ionic application:

You will have the basic default template to work with if you run this command, but you can also generate your Ionic application with some prebuilt application templates. You could use:

to create a project with a sliding menu (along with some other dummy data) already built in: 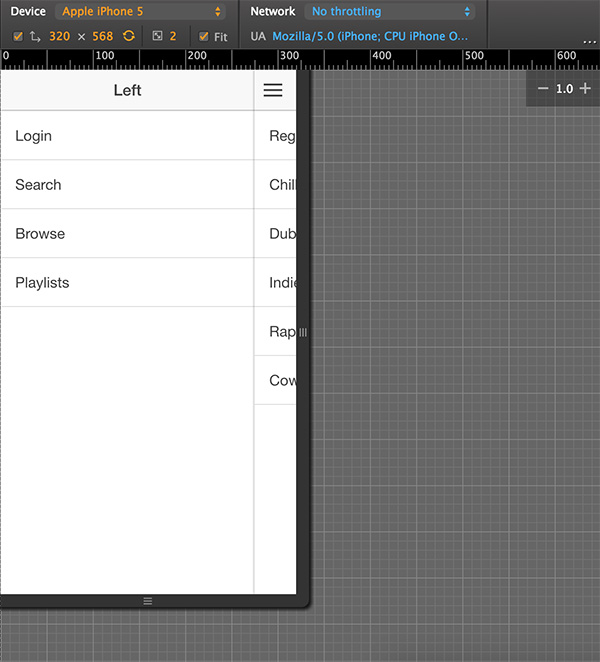 or you could use:

to create an application with tabs built in _OR _you can even create your app from custom template on codepen.io. Just simply link to one of the Ionic templates like this:

Setting up SASS in an Ionic Application

I won't spend time explaining what SASS is and what it's capable of, I highly recommend reading more into it but essentially all you need to know is that it allows you to edit your scss/app.scss file and have a new .css file generated from it that will be used by your Ionic application.

To set up SASS in your newly generated Ionic project, first change your working directory to the new project:

If this doesn't work, you may first need to run:

You can view your application live through your browser simply by running:

As soon as you make any changes to your app the change will be reflected immediately. To stop ionic serve, just hit Ctrl + C.

Viewing your Ionic Application on a Device

This will allow you to log in with your ionic.io account (if you don't already have one, you should create one). Once you have logged in you can run:

Which will upload your application, making it available through the Ionic View app. Then you can just open up Ionic View on your device, log in and find the application you uploaded.

This will add the iOS platform with Cordova, build the application and then launch the emulator with your application loaded into it: 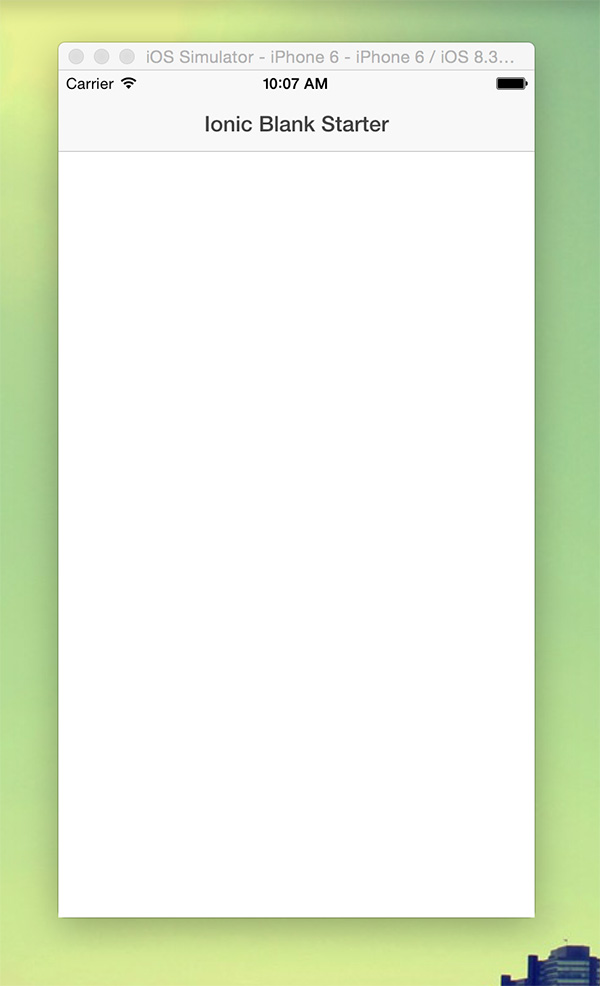 You may first have to run:

if you have not already installed the iOS simulator.

NOTE: If you don’t have a Mac you won’t be able to use the iOS Simulator (you can still build iOS applications however!)

To learn how to emulate for Android, take a look at this tutorial.